Designer and Manufacturer of Satellite

We produce remote sensing satellites, satellite platforms and most of satellite subsystems

In the design office, the management of projects at the system level is done with the help of experienced and motivated teams in the fields of design, attitude control, electronics and power, communications, etc

Providing space-based services to various domestic and international users, especially public services, is one of the main goals in the new space ecosystem, which is a separate unit focused on this type of business to better develop these services

In order to develop the space-oriented intelligent ecosystem, we have the task of guiding space-based knowledge-based ideas in hard and soft domain with a market focus on the LEO satellite constellation

The Experiences that have been gained from designing and constructing these following projects:

Sina-1 is the first Iranian artificial satellite, launched at 6:52 UTC October 28, 2005 on board a Cosmos-3M Russian launch vehicle from the Plesetsk Cosmodrome.

The satellite was put into a sun synchronous near-polar orbit and imaged the surface with a 50m (pan) with 50km swath and 250m resolution of MSS with 500km swath resolution.The information received from this satellite was used in geological surveys, underground resources, contingencies, remote sensing studies, geographical research and mapping.

Omid  was Iran's first domestically made satellite. Omid was a data-processing satellite for research and TT&C communications; Iran's state television reported that it was successfully launched on 2 February 2009. After being launched by an Iranian-made carrier rocket, Safir1, the satellite was placed into a low Earth orbit. 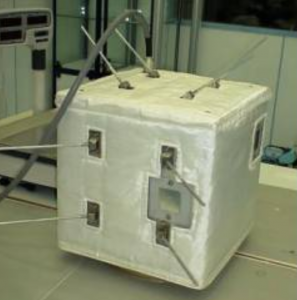 Fajr1 satellite is the first Iranian satellite with the mission of orbital transmission with the ability to change the orbit from 250- 450 km elliptical to 450 km circular orbit using a cold gas thruster. The panchromatic camera was used in this satellite and it imaged 500m resolution. 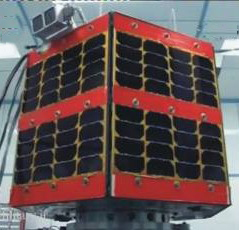 Fajr2 satellite is an Iranian satellite that was launched in the second half of 2012 and used  pulse plasma and cold gas as thrusters. The optical payload resolution of the satellite is 100m panchromatic.

Fajr3 satellite was the third satellite in the Fajr series, which had a panchromatic camera with a resolution of 100 m and 3 cameras in multi spectral with 500m resolution. This satellite used a cold gas thruster and was located in the same orbit as other Fajr satellites.

Fajr5 satellite was placed in orbit with a 50m (pan) and 100m (MS) resolution camera. It used solid propellant and cold gas as propulsion subsystem for de-orbit phasing. 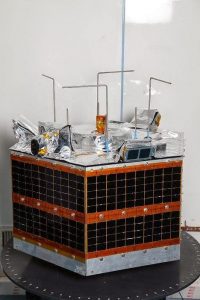 Tolo-1 satellite had an imaging payload with 25m (pan) and the mass of this satellite is 100kg. It was the first payload of Simorch LV which is the second generation of Iranian LVs. 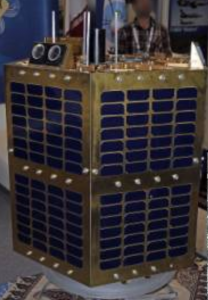 SpaceOMID Co.ltd had been started its activities on 21 November 2016 by Dr. Hossein Shahrabi Farahani, project manager of 5 launched satellites to build light and affordable satellites, to develop a low-earth orbit satellite system with the purpose of developing space oriented ecosystem. 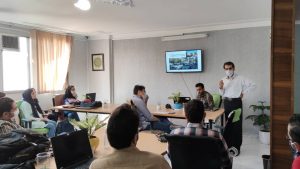 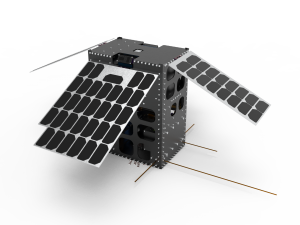